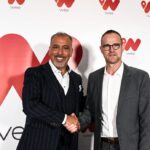 Press conference Friday, August 27, 2021 – Tölzer Eissport GmbH (TEG), the sponsoring company of the Tölzer Löwen, and weeConomy AG have reached several agreements: new sponsorship agreement for two years – weeCard users can continue to use cash back and weeCard, credit will be paid out from September 2021.

The two partners announced at a press conference on Friday that the club from DEL2 and the wee Group have concluded the last season with the agreements. In addition, the wee platform operator has signed a new sponsorship agreement initially for two years and the agreed sums for the two contract years have already been transferred to TEG.

Jürgen Rumrich (Managing Director Tölzer Eissport GmbH – TEG): „We have jointly found a good solution with weeConomy AG and concluded an agreement. This means that we have now been able to conclude the last season on an economic level. In addition, we are very pleased that we were able to conclude a new sponsorship agreement with the platform wee in the six-figure range for the next two years and thus our fans can continue to use wee in the stadium and around the club as well.“

The Corona pandemic has left deep scars: wee has taken advantage of the crisis

Cengiz Ehliz (Visionary and Founder of the wee Group): „The pandemic took a lot out of all of us. We had lost over 70 percent of our sales due to the retail closures. In addition, we had promises of payments to us that unfortunately did not materialize, which resulted in missing payments to the Tölzer Löwen. We also did not receive any subsidies. I would like to apologize to all friends of the Tölzer ice hockey for the fact that thereby uncertainties arose around the sport in Bad Tölz. Those who know me know that reliability is very important to me. That is why we have worked hard and changed many things in the company. We’ve done our homework and are now looking forward to a new start in our partnership with the club that is so close to my heart.“

Prof. Dr. Dr. Schrutt (weeconomy AG) „The group of companies was in a difficult situation. We had to implement restructuring measures in Germany from one day to the next, and further restructuring measures are also pending in Switzerland. We are happy that wee was well received in Bad Tölz and that more than 26,000 Euros in cash back were collected before the pandemic. A good and important information for all season ticket holders and thus weeCard users who have received cash back due to the season ticket promotion subsidized by weeConomy or season ticket holders and thus weeCard users who still have a credit balance on their cards: They can have their credit paid out in cash in September 2021 at the TEG office during normal opening hours. For this purpose, registration in advance by mail to the TEG office is required.“

Peter Grünewald (IT manager of the wee platform): „The use of weeApp and weeCard will continue to work in the stadium. Every user will receive their cashback on their weeApp or weeCard as usual. With the introduction of weePay, it will also be possible in the future to integrate acceptance points that cannot give cashback on their products. Furthermore, it is planned to expand the offer for wee partners in the online area as well as in digitalization. It was also important to us that payment with wee is and remains free of charge for our customers. We look forward to further cooperation with the fans of the Lions, TEG (Tölzer Eissport GmbH) and interested sponsors.“

Rumrich also gave an insight at the press conference into the state of affairs shortly before the start of training next Wednesday: „Unfortunately, we are still in search of a fourth contingent player. We had already reached an agreement with a DEL 2-experienced attacker weeks ago, but 14 days after signing the contract, we were informed that he has decided otherwise and does not want to come to Europe, but will sign a contract in a league in Canada. Now that the same thing happened to EV Landshut, and other clubs are still completing their squads, there are still many players active on the market.“

Nevertheless, the former national team player is full of anticipation for the preseason: „Working in field hockey is always more fun when the guys are also on the ice, when you can briefly go from the office to the arena and watch the training. By the weekend, all the players will have arrived in Bad Tölz, and then things can finally really get started.“

For the first time the lions will measure themselves with an opponent on 10 September, if one with the SC Riessersee in Garmisch will start.

About weeConomy AG:
The wee Group, based in Bottighofen, Switzerland, connects innovative payment systems via
the cell phone. Secures discounts and networks online and offline commerce. The weeCommunity unites renowned brands and local retailers on its online platform, the future growing marketplace. wee offers an innovative alternative to traditional loyalty programs: Registered users collect wee for every purchase made at a wee partner, which can then be redeemed for new purchases at any offline wee partner or withdrawn via bank transfer in the form of real money. For more information, visit: https://www.wee.com 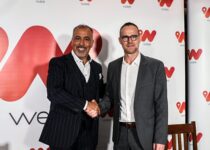 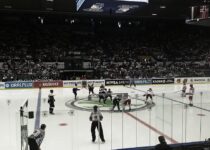