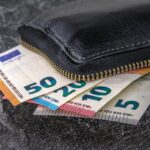 Companies can report open claims against private individuals to Schufa, which records such information in its database and includes it in the calculation of the Schufa score. But what about claims that have been settled with a completed insolvency procedure? – by Valentin Schulte economist & stud. iur at the law firm Dr. Thomas Schulte, Berlin.

Consumer insolvency proceedings or private insolvency serve the purpose of enabling over-indebted natural persons to reintegrate into society and the associated economic processes. Once the proceedings have been initiated in court, a period of good conduct follows, which is specified in Section 295 of the German Insolvency Code (InsO). Here, the debtor has a number of obligations that must be observed. According to section 295 no. 1 InsO, the debtor must, for example, „engage in appropriate gainful employment and, if he is without employment, make every effort to find such employment and not refuse any reasonable activities“. In addition, half of any inheritances must be handed over to the debtor during this period. At the end of the good conduct phase, which usually lasts six years, the debtor is granted a discharge of residual debt by the competent court. The discharge of residual debt is effective against all creditors who have filed claims, but also against creditors who have not filed their claims. The legal consequence of the discharge of residual debt is that outstanding claims become so-called obligations in kind and can no longer be enforced in court.
Furthermore, the granting of residual debt discharge is reported to Schufa, which subsequently deletes related entries after three years and recalculates the Schufascore.

In the case mentioned above, we were contacted by a client who had a bad Schufascore despite having been granted a discharge of residual debt. The hard years of the good conduct phase and then the three years until settlement had just passed – the credit rating was excellent – followed by the notification of an open claim by Hanseatische Treuhand-Inkasso GmbH. The credit rating was destroyed again and plans for the future were put on hold for the time being. However, it was determined that this claim fell under the residual debt discharge and the entry was therefore illegal. After out-of-court negotiations, the claim was immediately deleted from the Schufa database and the credit rating was thus cleared. This case demonstrates that errors can occur on the part of Schufa or the registering agency in the case of a credit entry. It is worthwhile for the person concerned to seek legal assistance in order to quickly eliminate disadvantages resulting from a credit entry and to continue to participate in economic life.

The Kanzlei Dr. Schulte attorneys is successfully civil-legally since 1995 emphasis in the area of the Internet, Reputations- and competition right active. It represents country widely the interests of individual investors. Supplementing sender data with the Kanzleistandort find you in the imprint on the Internet side www.dr-schulte.de. 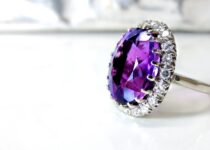 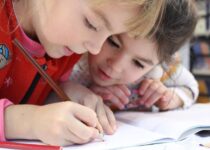 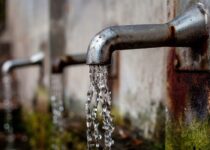